As I  mentioned in the previous post, the club had so much show and tell that I needed to make two posts because of all the pictures.

This is my third quilt top using the Frolic line. 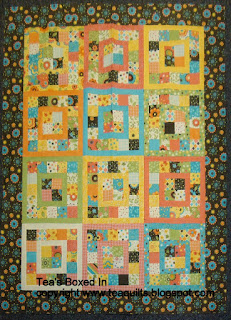 So, I am tired of looking at this fabric and used most of the scraps and a panel included in the FQ bundle to pice this back. 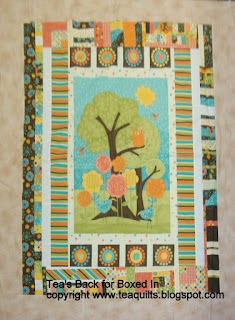 This Double Time Log Cabin is February's project due at the March meeting..or sometime during the year. 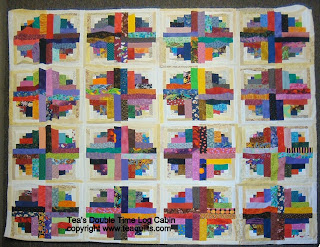 This is a project from two years ago, Staycation. 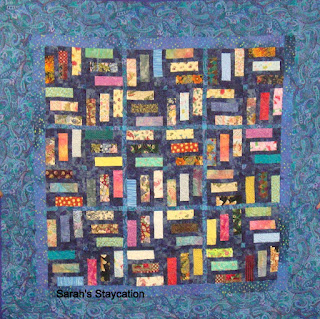 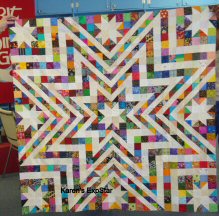 This is the start of this year's yealong project, Flying in Squares. 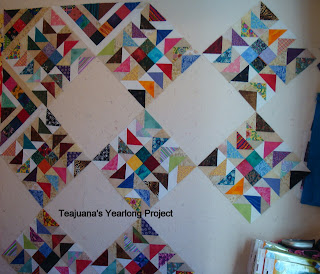 This is March's project and is a sneak peak.  The setting I will not reveal until later. 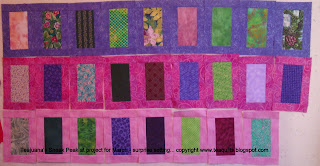 The scrap quilting club met last Saturday.  I just love this group because even though we start out with the same pattern, they look different in the end.  Here are Boxed in quilts made by the group members.We had so much show and tell that I'll need to upload another post tomorrow because it's time for me to go to bed. 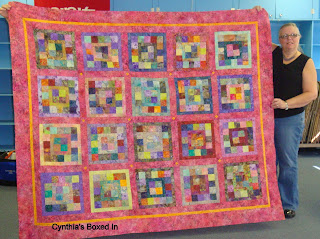 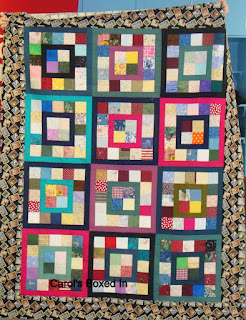 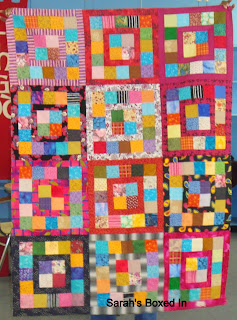 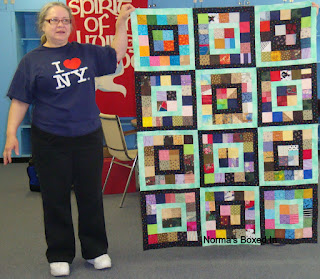 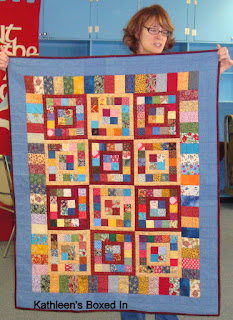 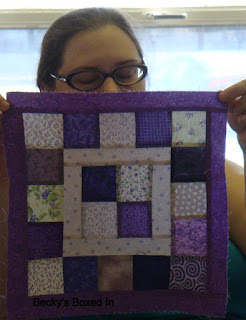 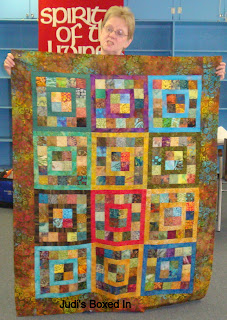 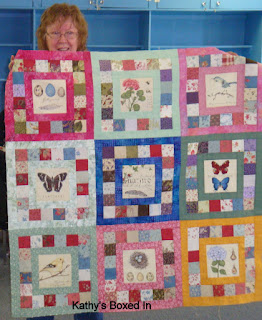 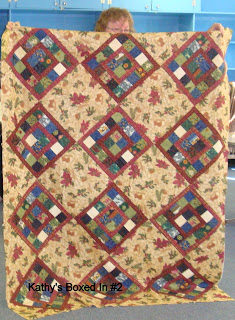 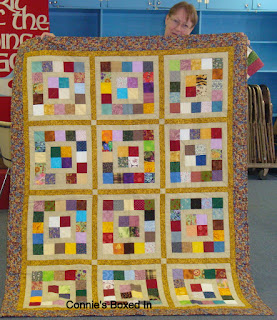 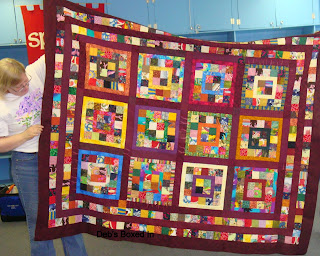 How to Square Up a Half Square Triangle using Bloc_Loc

Look at this nifty new tool to square up HSTs!

I want to introduce you to the Strip Stick designed by Babb Enterprises.  This gadget was written up in the new products section of Quiltmaker.  I recently saw the stick about a month ago but didn't purchase it at that time.  Recently I had a class participant ask lots of questions about pressing seams open for a particular project so last week end I purchased the Strip Stick to test the product.

It passed with flying colors.  While I don't have problems pressing my seams open, it does make the job easier and the seams stay flat.  I didn't even have to press on the right side to make that happen.  I found that you can use steam or if you have a very hot iron, steam is not necessary.

I'm so sold on this product!  I used the 18" size to press rows 80+ inches long; just moved the seam down as I pressed.  Since then, I've purchased more sticks for those in the St. Louis area who may want to try the stick. The price is 8.99 but I need to add shipping making the total $10.00.  This month's Scrap Quilting Club participants will have the opportunity to win a 18" strip stick and I'll bring mine so you can test it too.  I only have a two of the 45" strip and that cost is $17.00.

I had a lot going on in my family this week so to keep my sanity, I sewed any time I was at home to keep my mind off of serious matters.  I did get a chance to layout all 64 blocks and label them for my Double Time Log Cabin but I did not get a chance to sew them together into a quilt top.  Hopefully I'll do that this week. 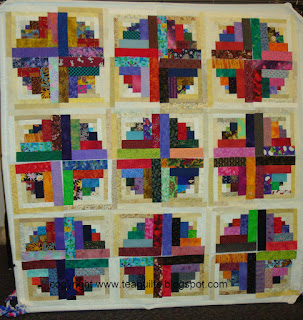 Instead, I made a new quilt top based on a project I saw at retreat.  All the fabrics I used I pulled from stash but I can't find anything at home to use for a border.  I did a little shopping yesterday but didn't find anything yet. 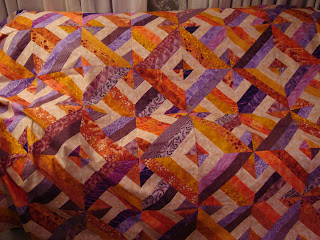 I also started working on Mock Log Cabins blocks this week.  For something I wasn't supposed to work on, I made 49 blocks.  I took my containers of 1.5" cut strips and started cutting them to size.  I'm having fun trying to achieve the light and dark sides of the logs while using a lot of color in the light sections. I only need 192 blocks to complete the quilt. LOL I think I'll do something else for a while, maybe... 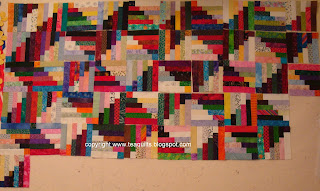