I have completed a few projects that includes quilting, machine embroidery, crochet, and even arm knitting.  I don't seem to be able to post unless I'm posting for the scrap quilting club.  I hope to change that really soon.  2015 is my year; I've been waiting for this year for a llloooonnnnnggggggg time.

This past weekend we started off our new year and we have a few new members and one returning member who wasn't in the group last year.  It appears it's going to be exciting.  We will have to squeeze into the space but we will make it work.

This is our January project which is not due until February's meeting, but a few people had them completed this month.  This is my top made with scrappy blue and brown fabrics.  We had to make a larger quilt with at least 24 blocks or two small ones with 12 blocks. 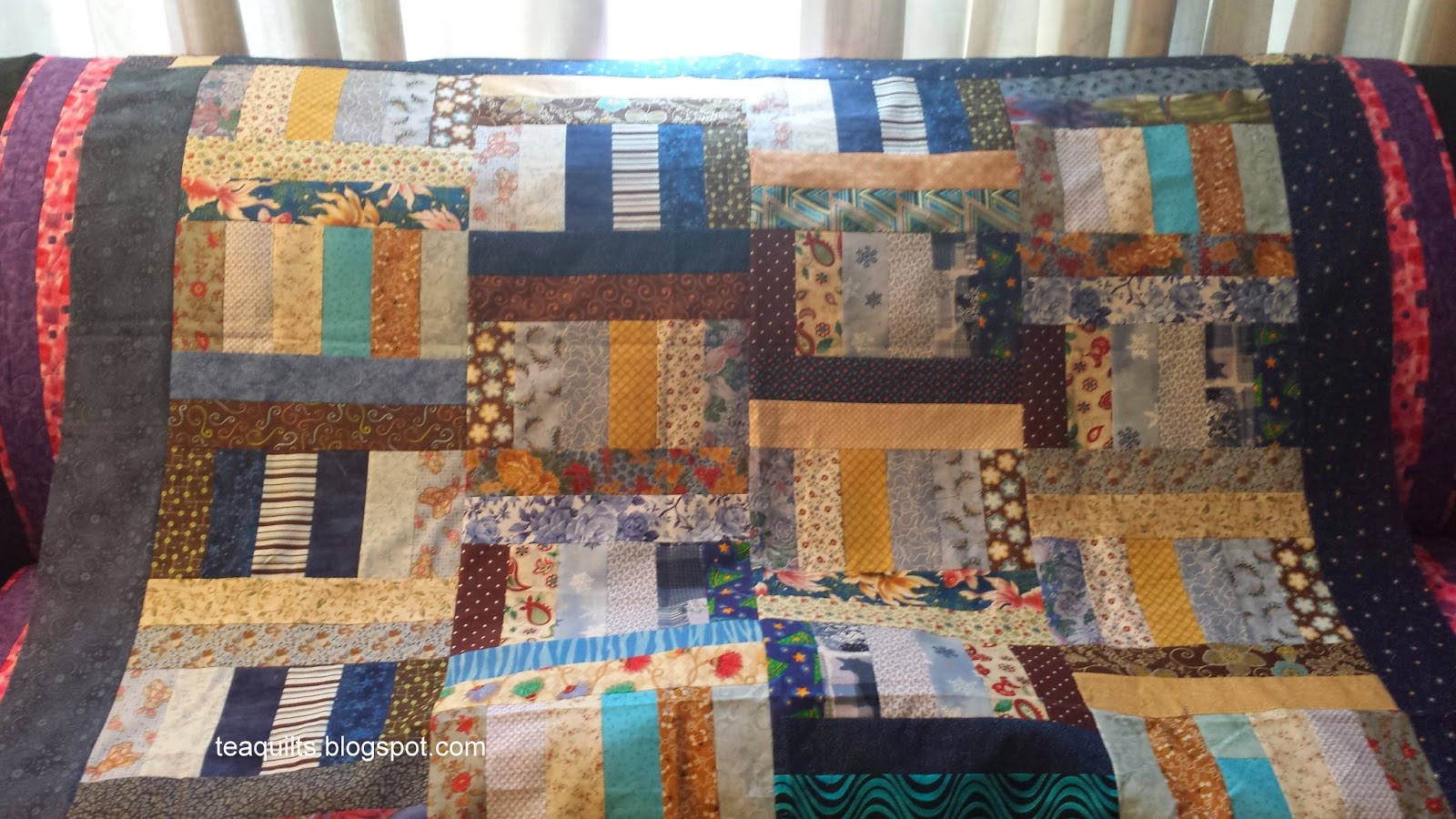 This is the start of our yearlong project which is a row quilt.  This is my first row. 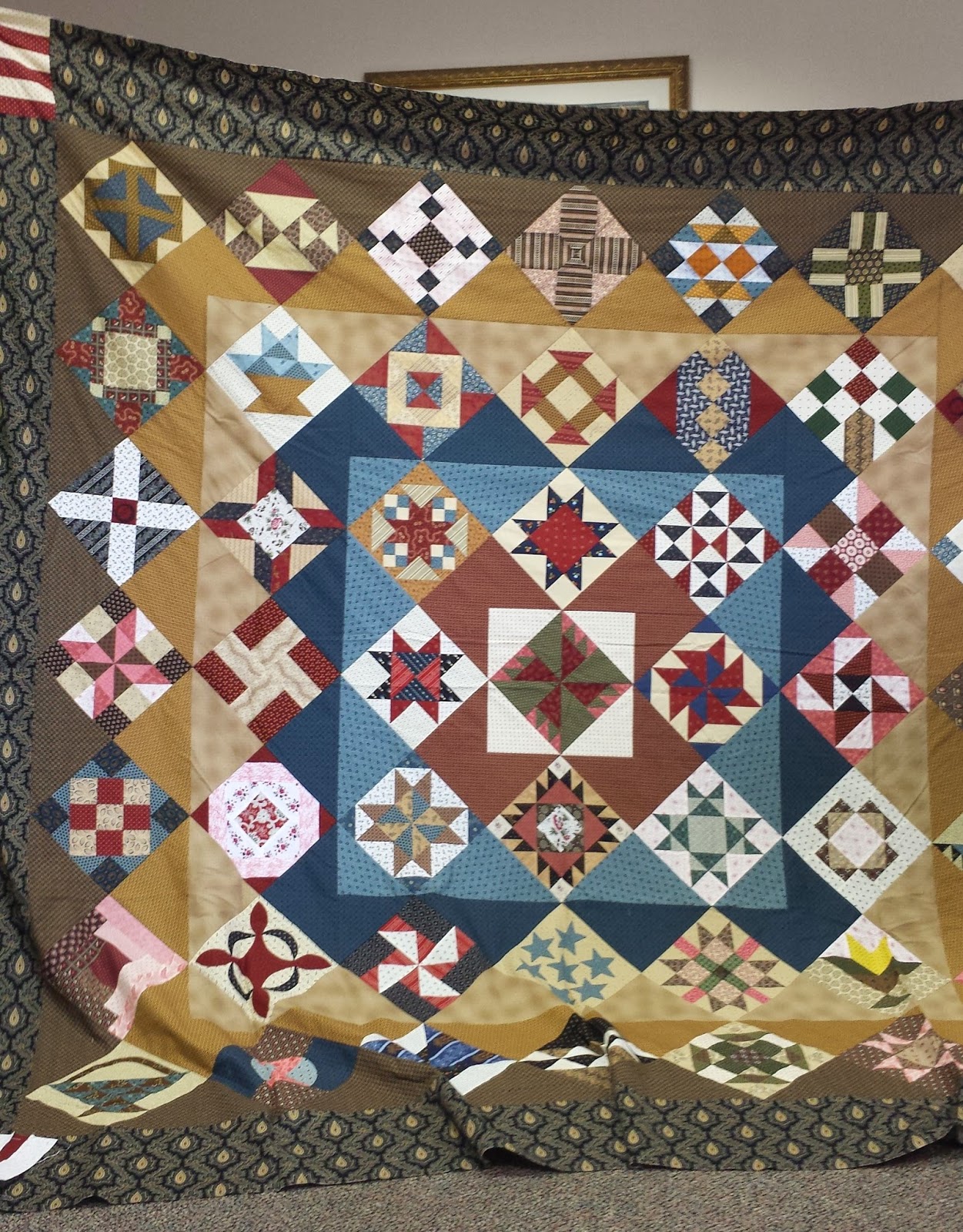 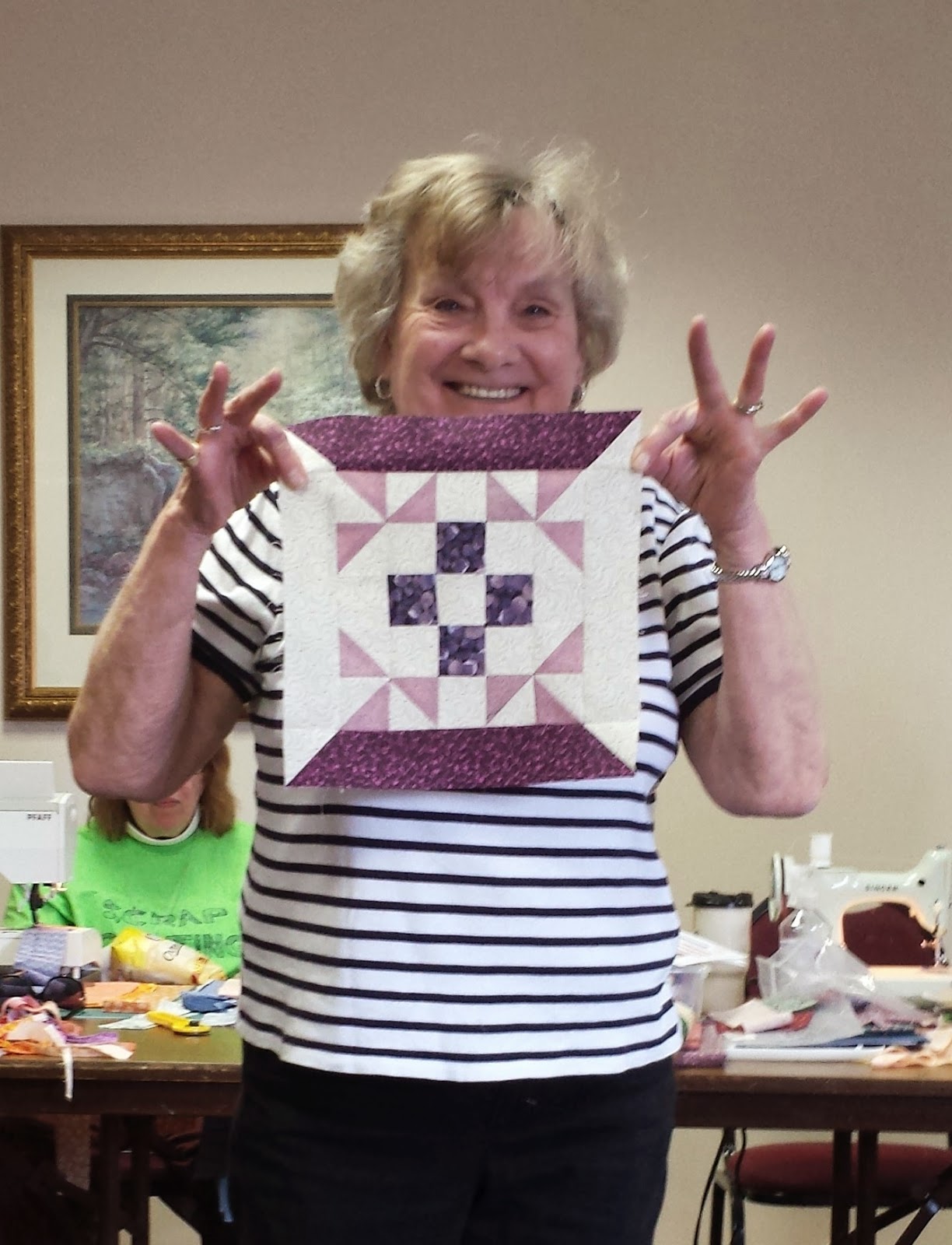 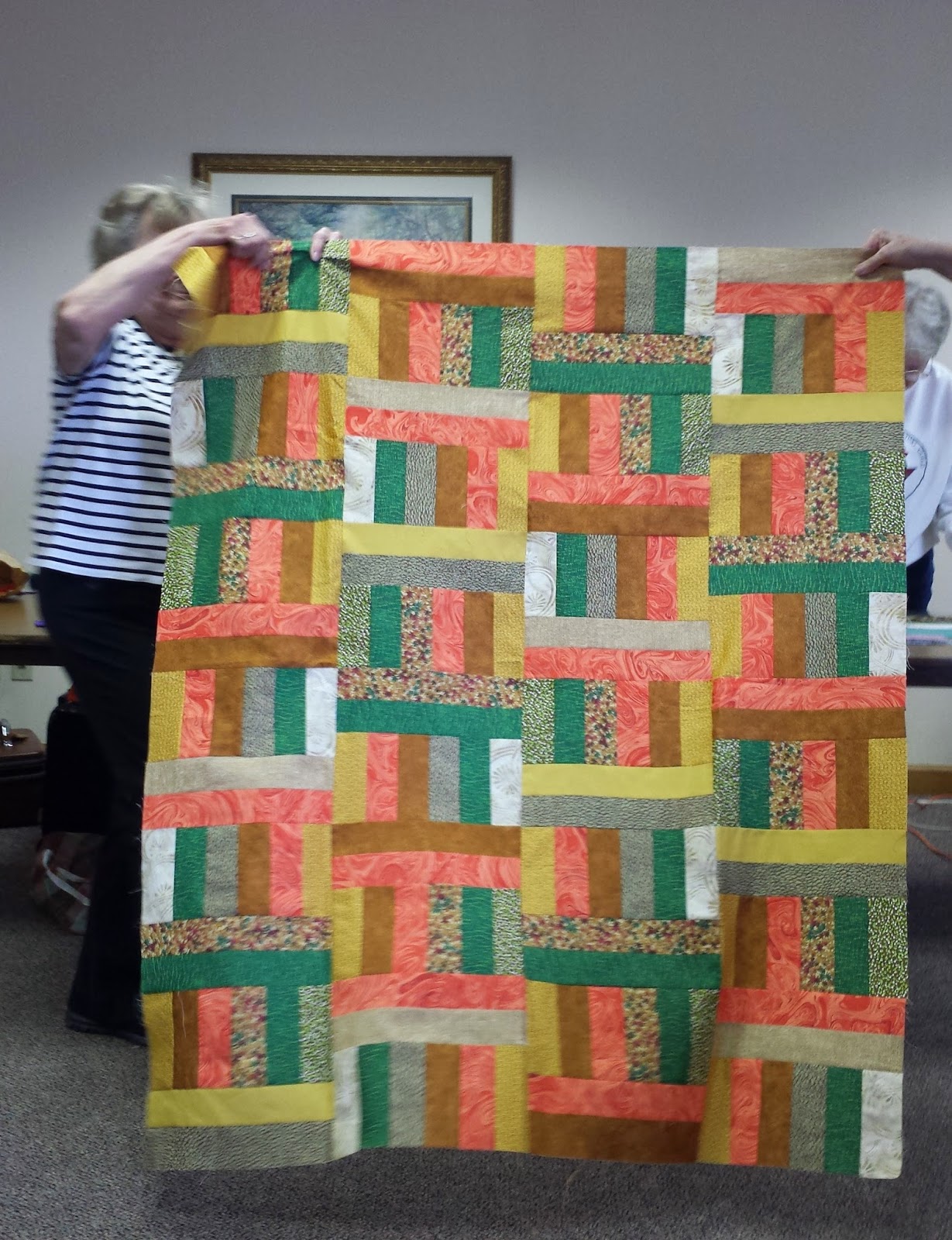 Rosemary has one of her's completed. 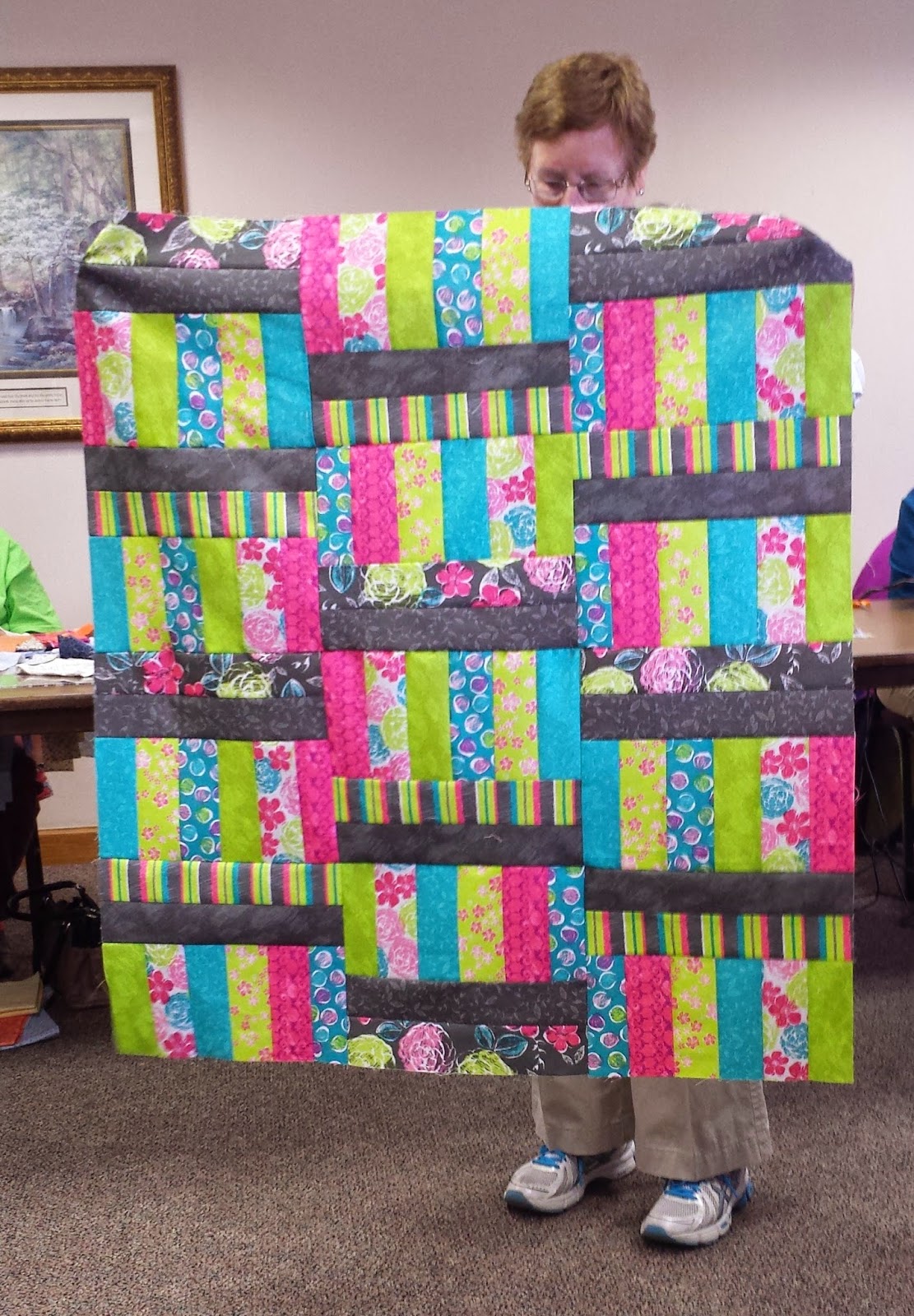 Judy had both of her tops completed. 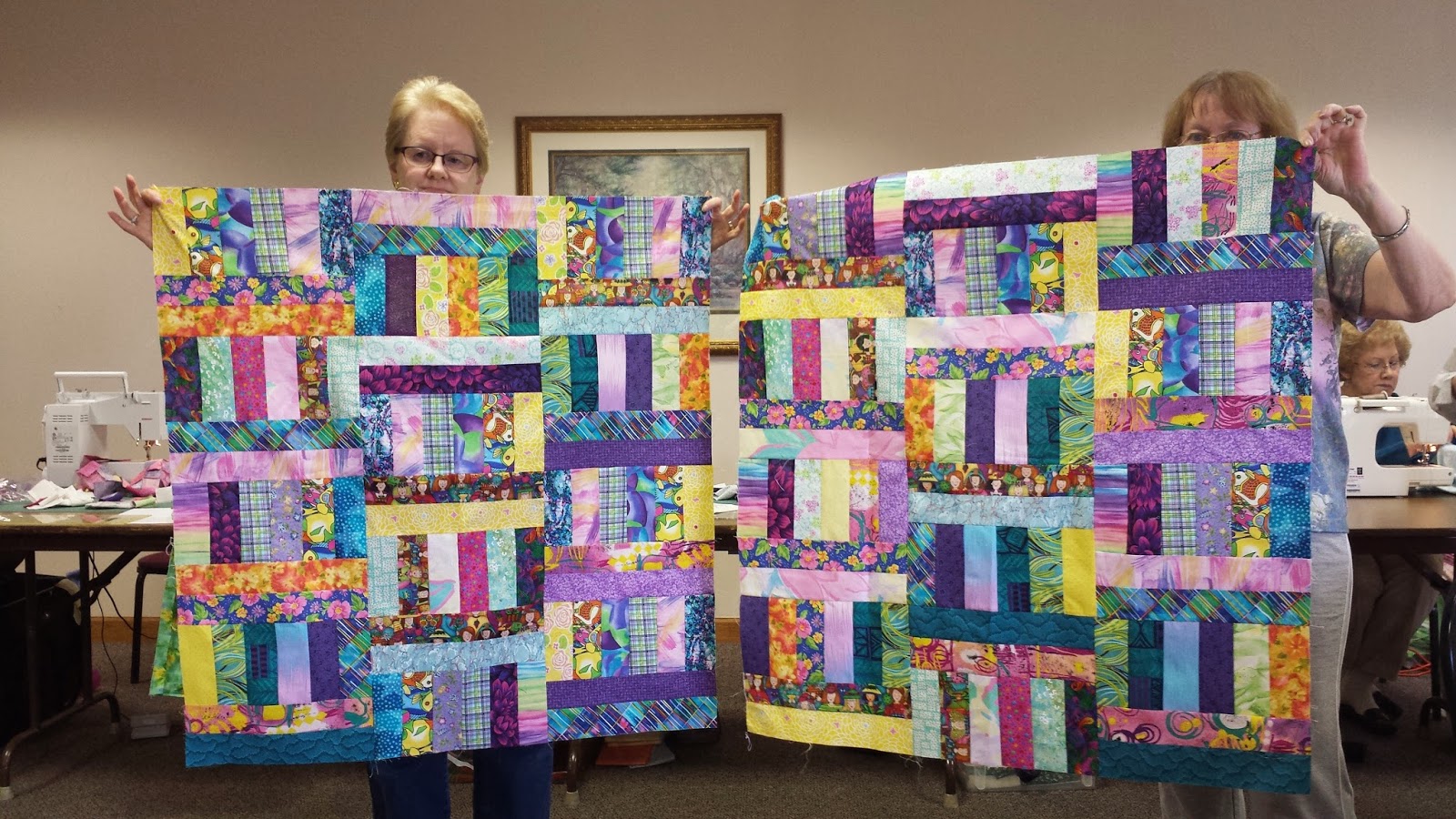 Judy is showing her quilted Plus Quilt we made last year. 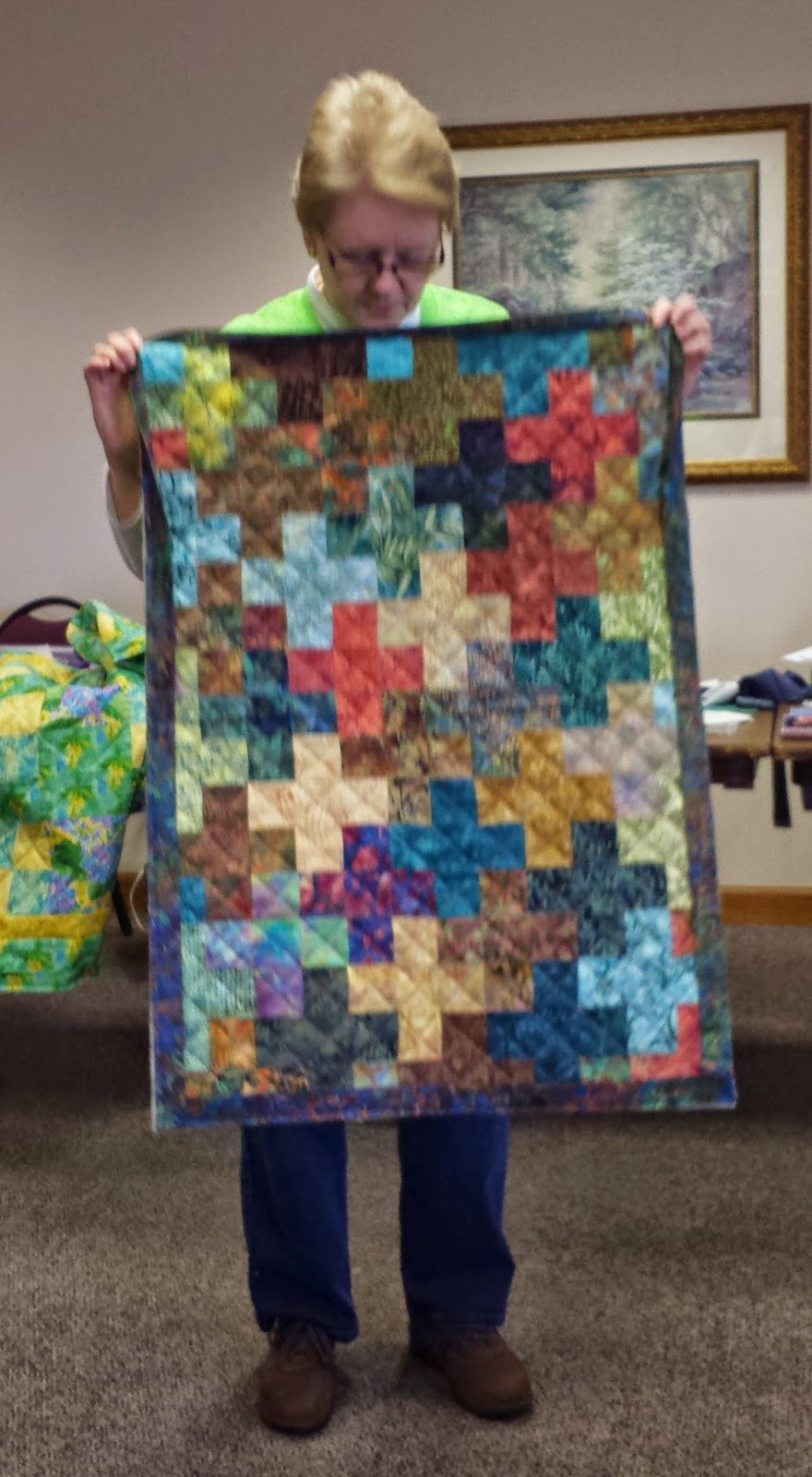 Judy also showed a cut quilt for the newest baby in her family. 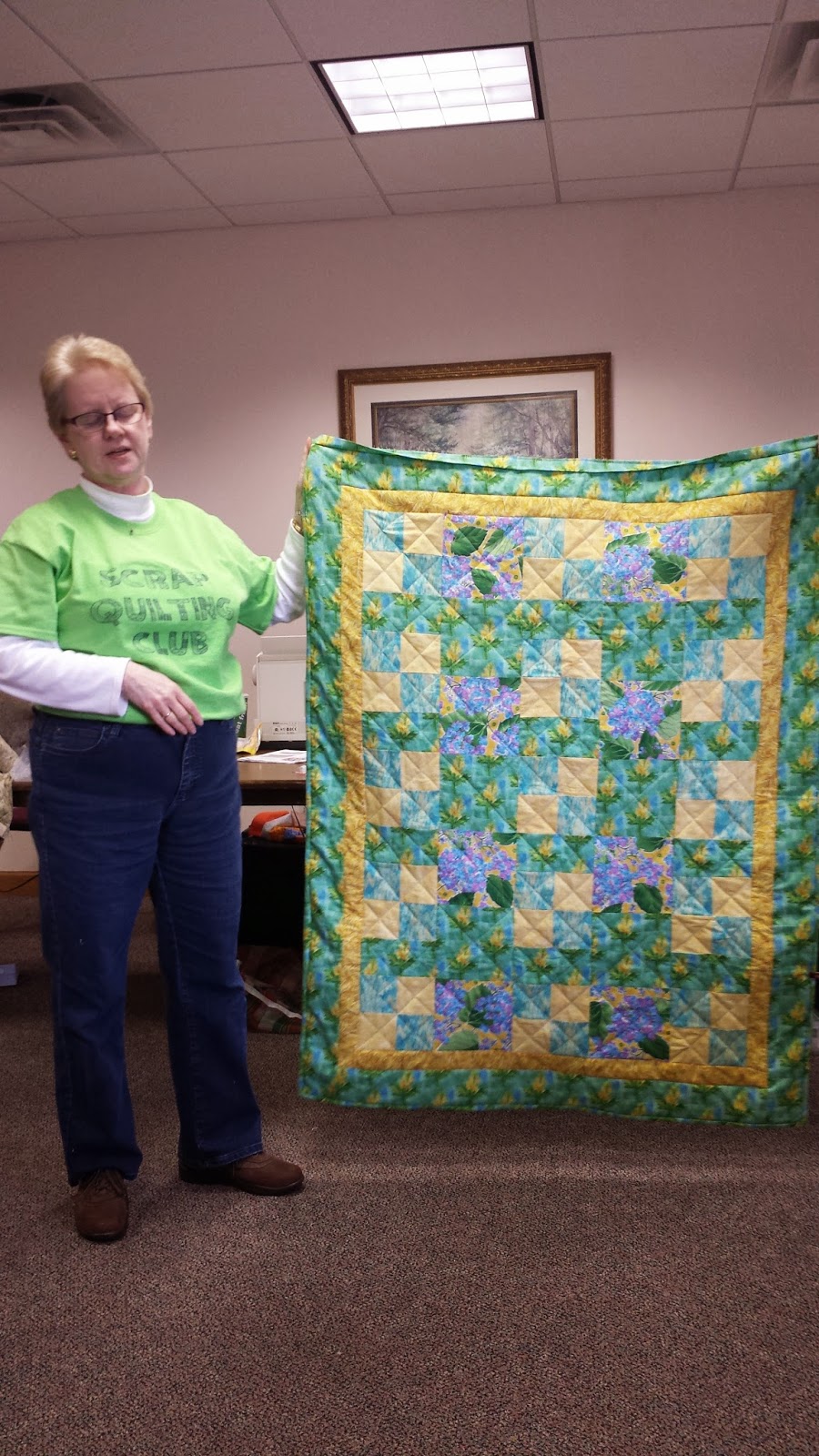 Drew has her triangle magic quilt quilted; now it's ready for binding. 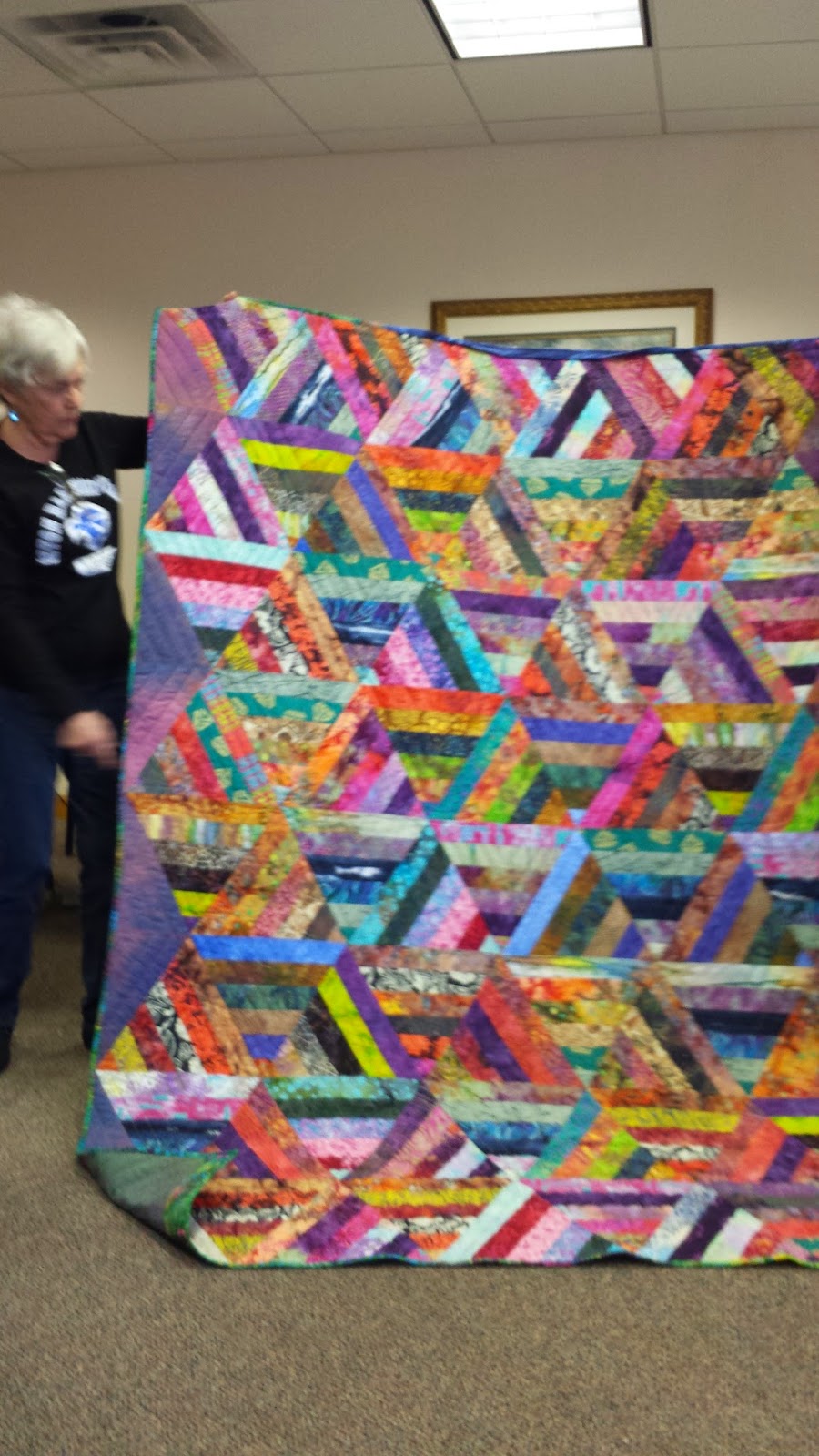 Drew has also been knitting some fabulous scarves. 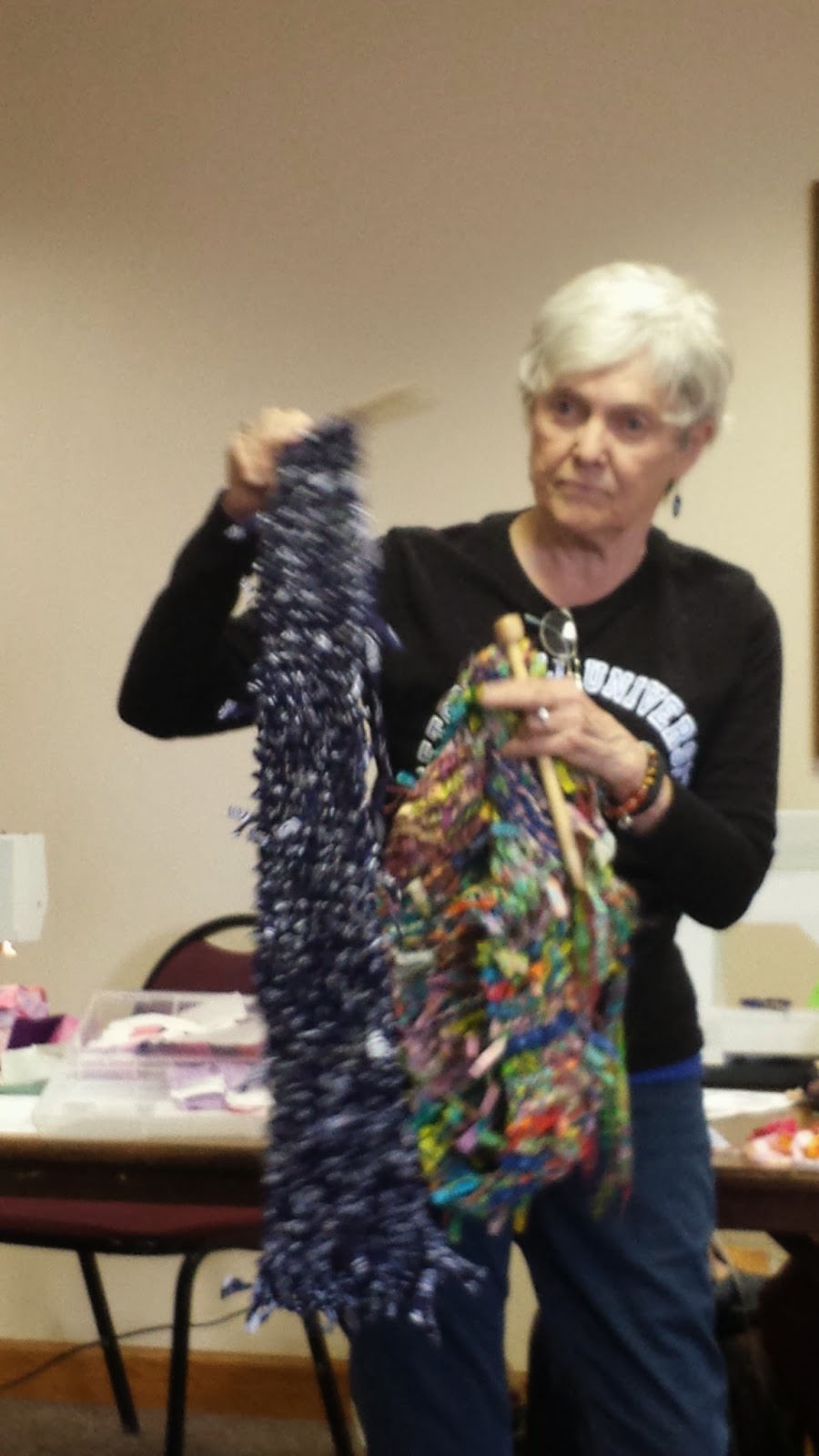 Becky has been really busy.  She's working on a pink/purple/white quilt.  That's one of the blocks; I remember seeing some stars too but don't have that photo. 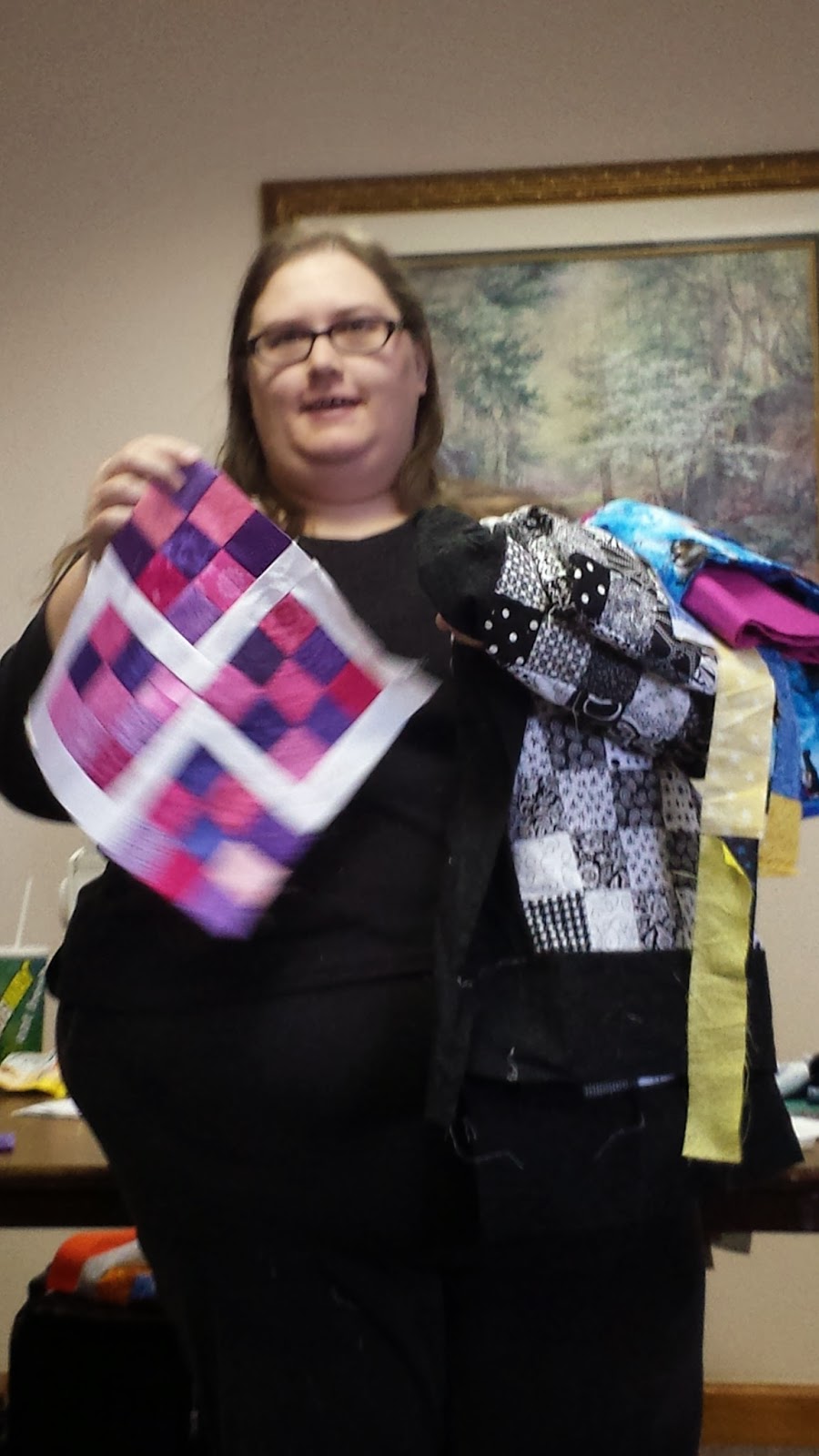 Becky made quite a few pillow cases during the holiday.  These were requested after others ones were given as gifts. 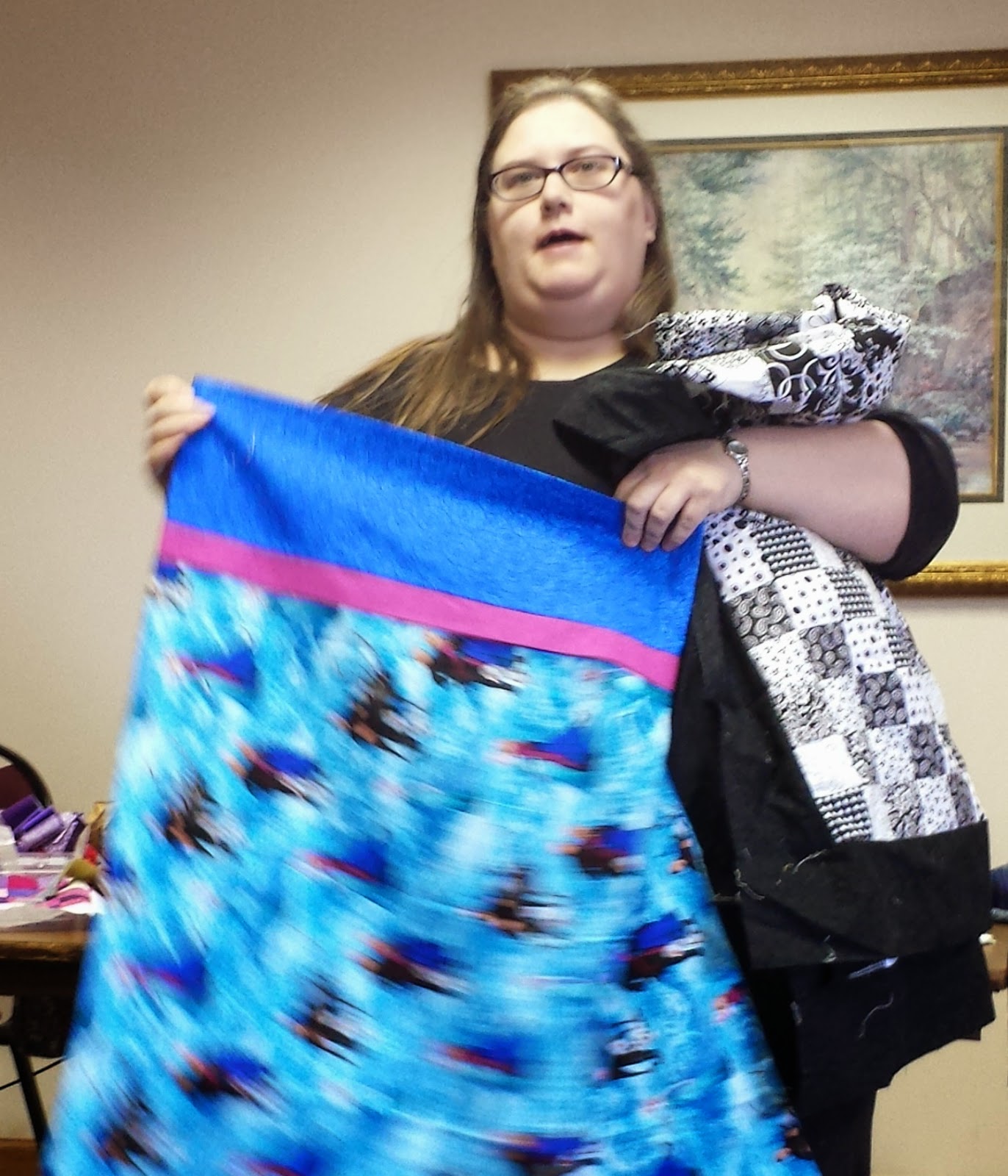 Becky is making this quilt for a foreign exchange student she's sponsoring; she's so generous. 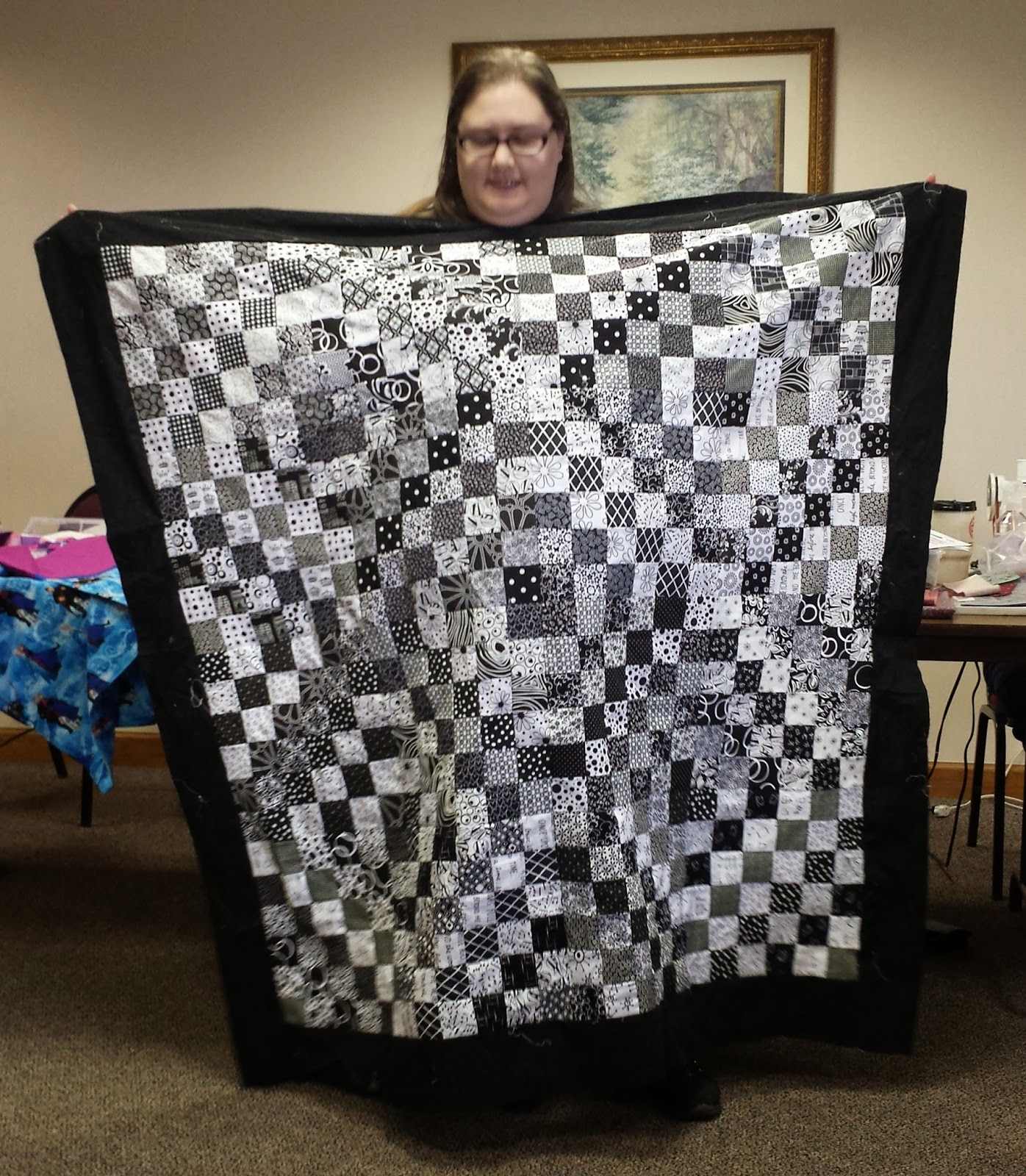 Carol was able to make the large size January project.  That's a miracle because Carol usually makes the projects in miniature. 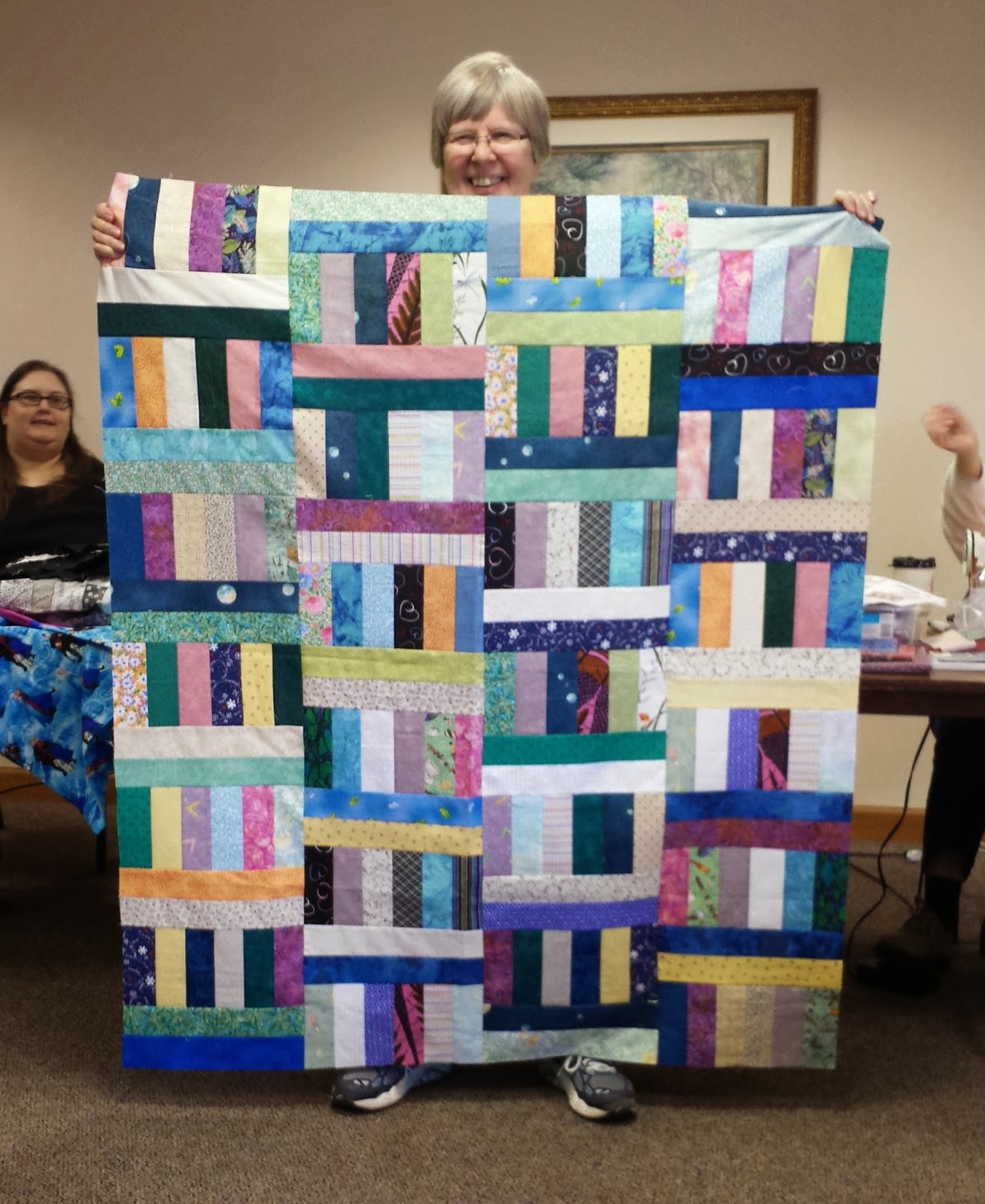 Kathy and Judi showing that they are working on the project. 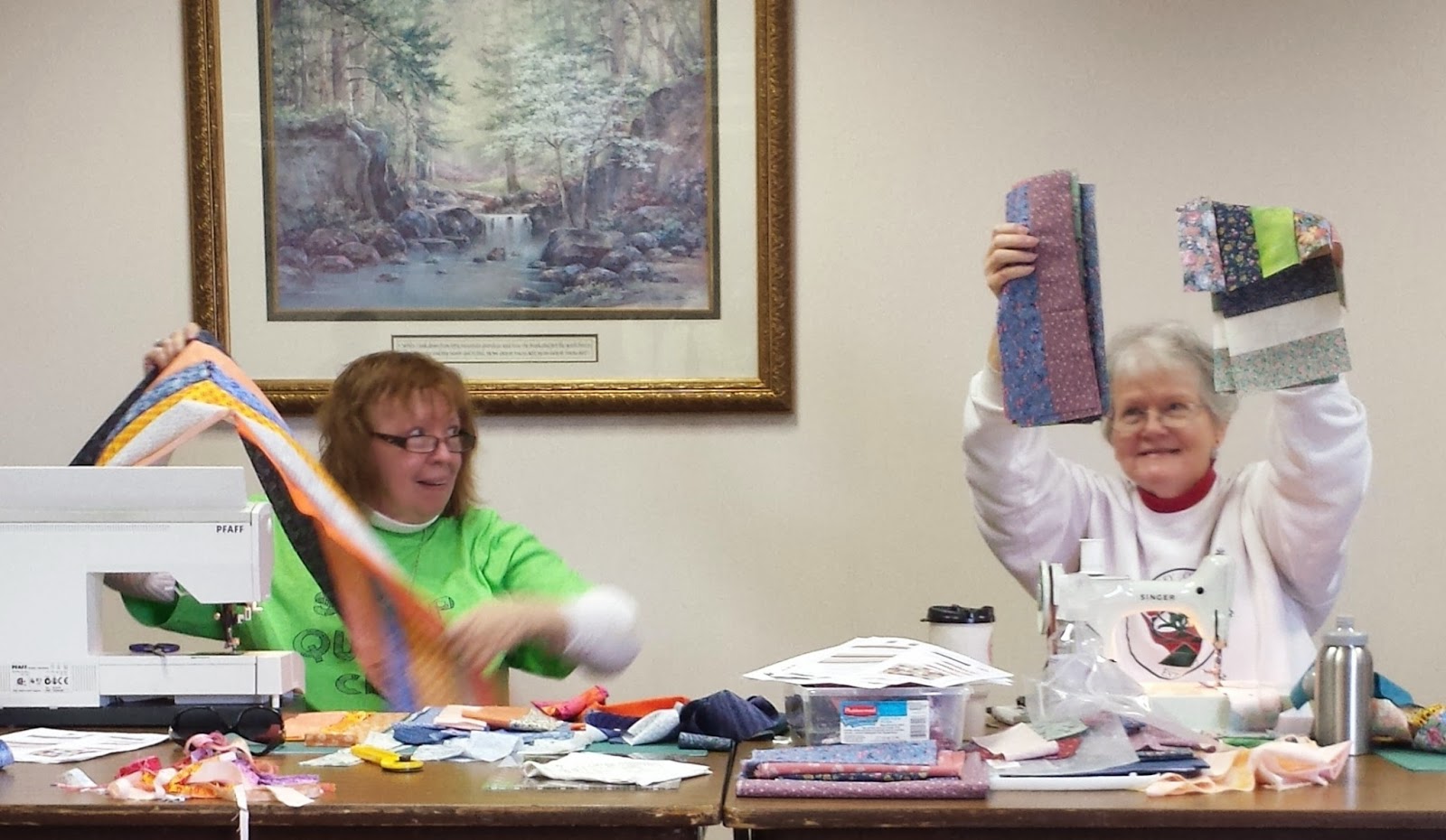 Sharon showing her yearlong project blocks. She did get the rows sewn together at the meeting. 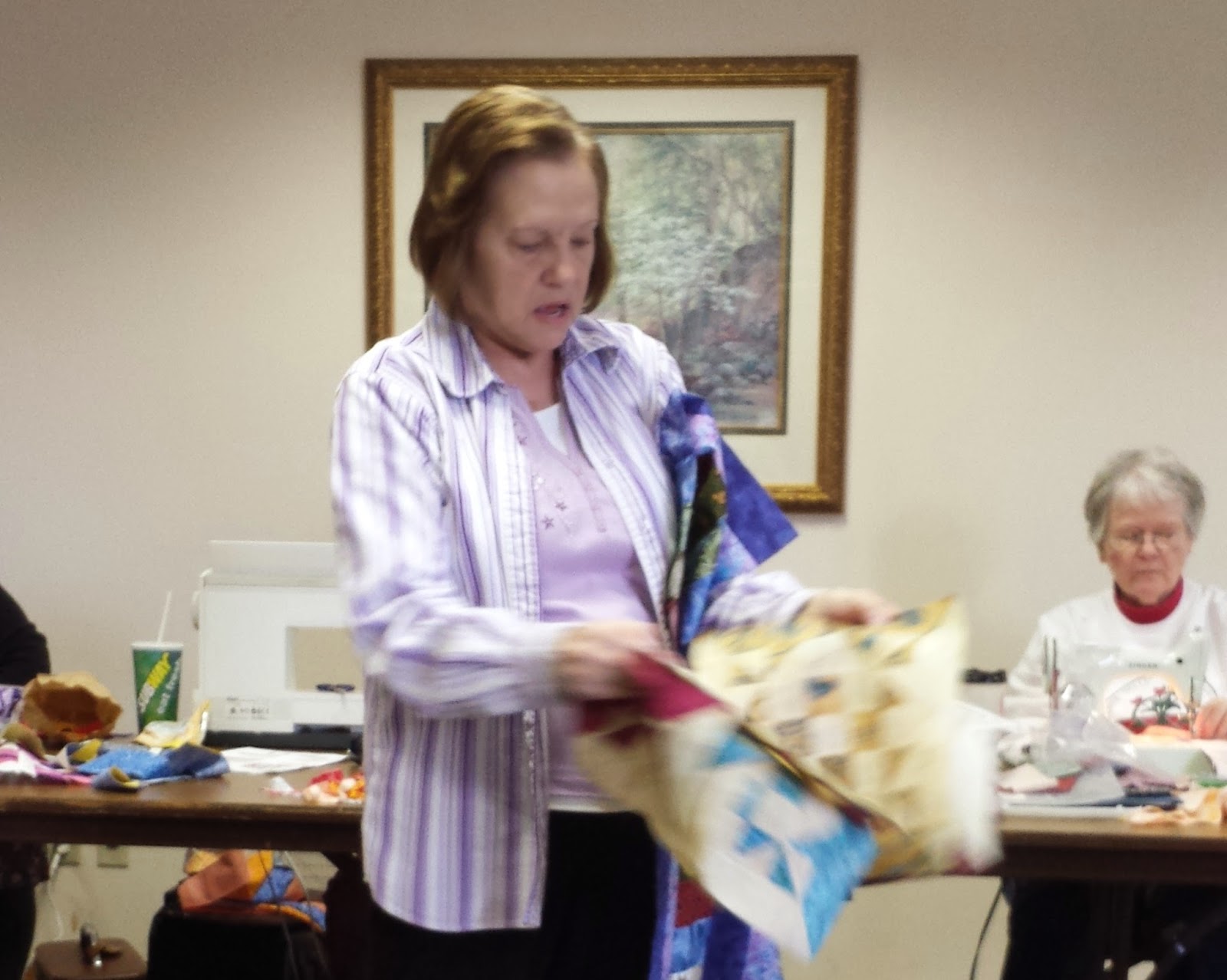 Lee Etta has one of the yearlong project blocks completed. 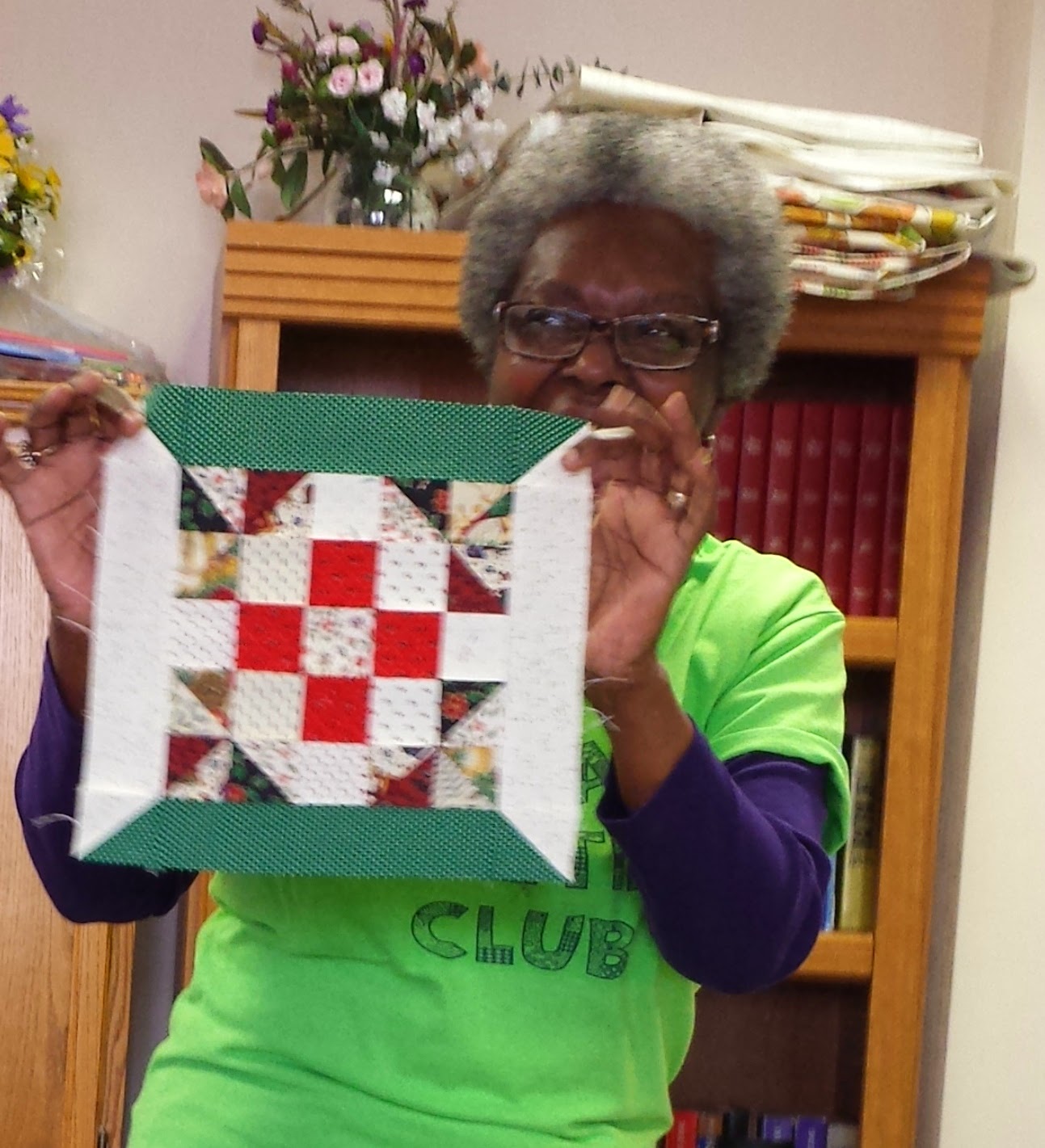 Nellie is working on the January project. 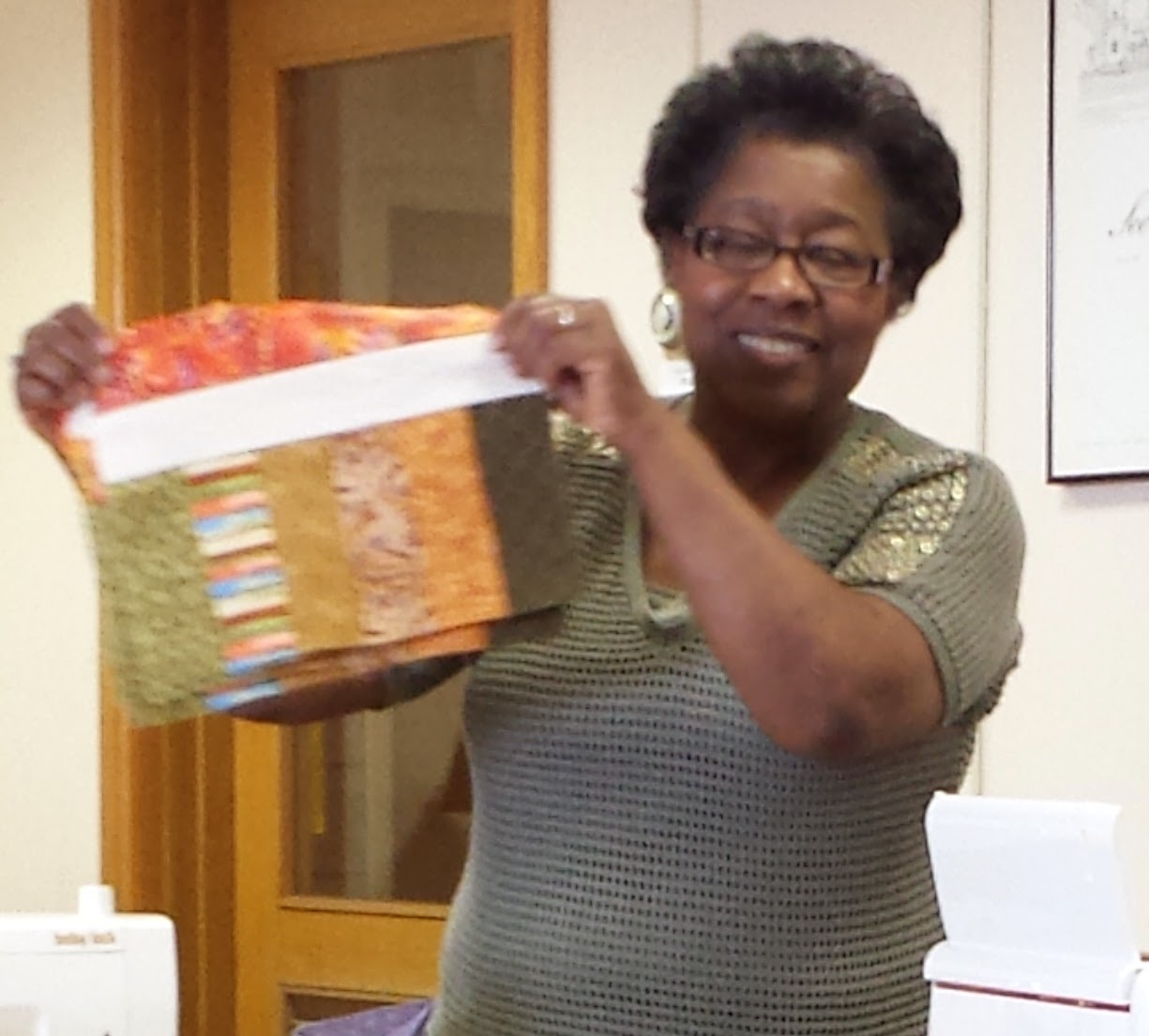 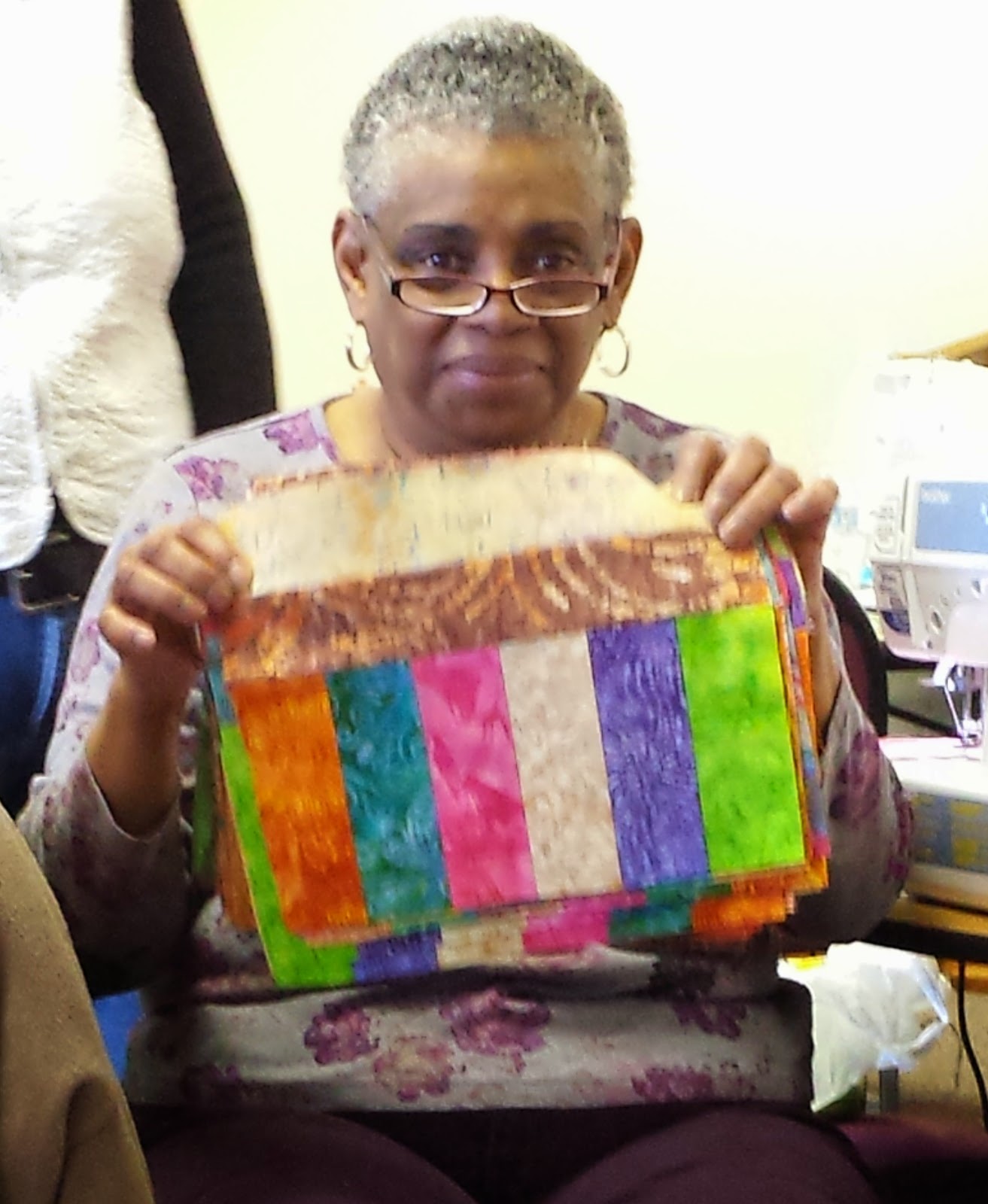 Sharon has all of her strips sewn together. 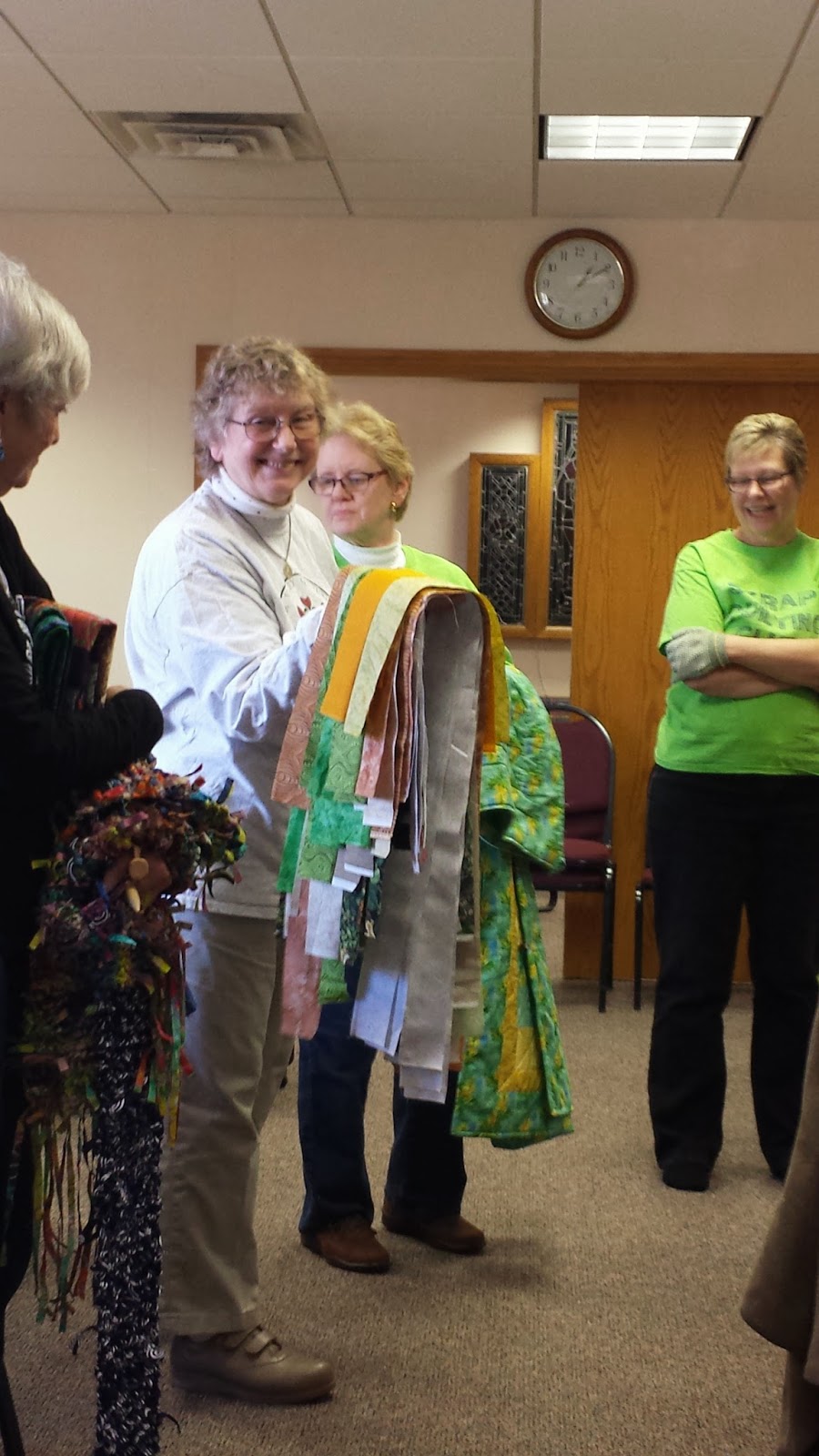 Before we left for the day, Sharon got 16 block sewn together; she still has a few more to use. 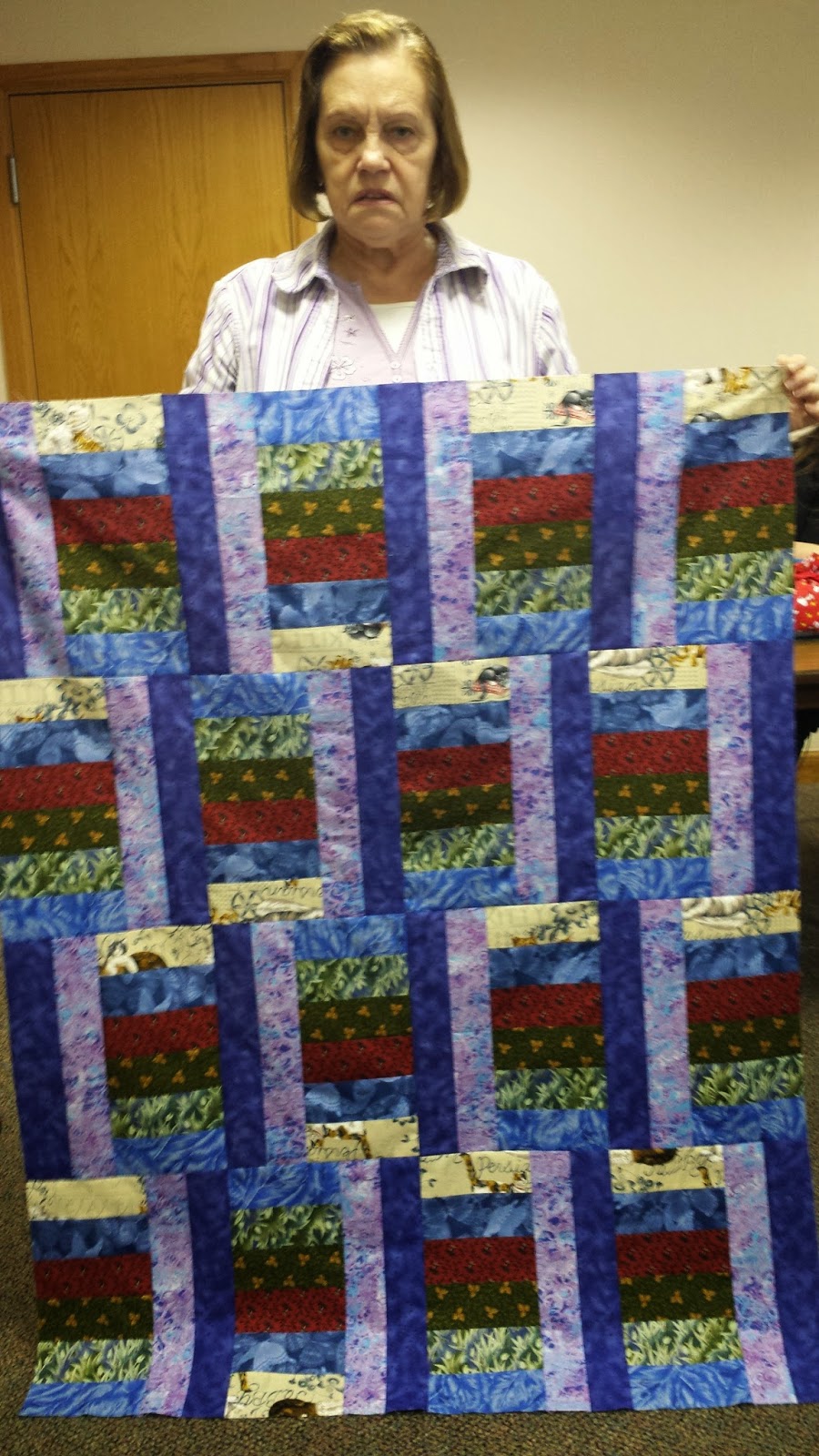